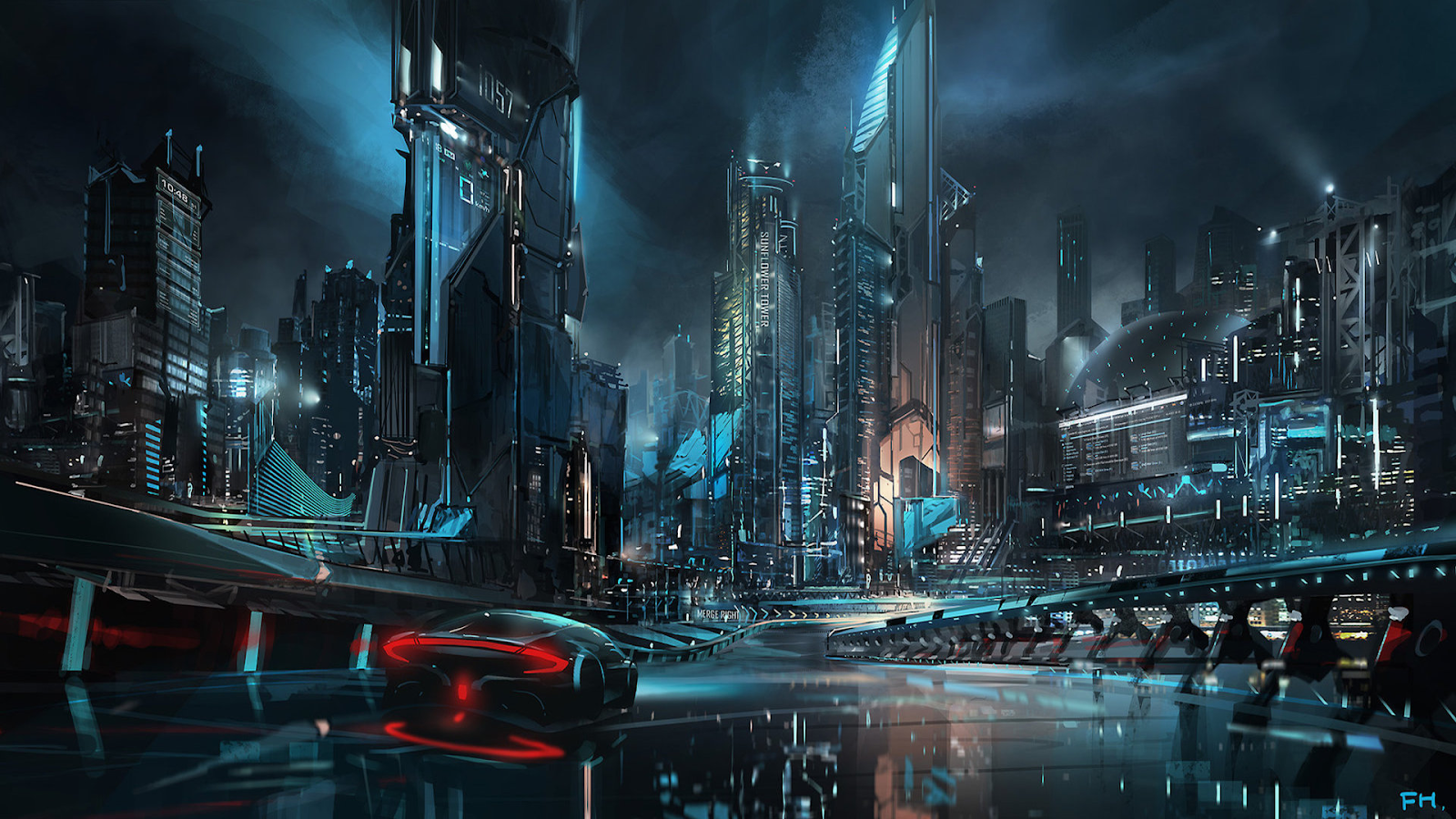 The thunderous whirring of a thousand metals

Clacking into a chunky fluid sphere

She’s covered with cold, but because the icy glazes swirl so beautifully, she lets it be. Her loose beige cardigan looks faintly reminiscent of weathered chicken feathers as the hanging sleeves and baggy ends swing back-and-forth, entrancing the neighbor’s withered rooster, “Always Lost”. She shuffles her feet, and then slowly shifts her weight from one foot to another. She rubs her arms, tickled with squealing goosebumps.

She’s standing a foot away from the front of a rain-stained heart-stained canopy, where umbrellas huddle closer for warmth in a stern corner tucked into an offended vase, disturbed at the thought of the inevitable dusty blotches raindrops spat by shivering umbrellas will leave behind. The canopy’s convenience store, strung from head to toe with flickering electronic gadgets, but emanating a wisp of home, is still and unyielding. Like a singular trill echoing in the drafty domicile, like a swallowing mud craving for more greens, there is a hungry hum rolling up and down the walls, growling for the foundations to ground deeper into the ground, deeper and deeper, deeper into the abyss of molten gold and matted dirt.

The sky weeps blue and hails grief and dew; running down and down on the walls stained with outlines of globules, like a slippery slope of water thirsting to douse the throat whose breath was stolen away and beaten into mournful dust of sighs and byes.

She rubs her arms. The town is asleep but awake. Lights are on, never off. E-music can be heard drifting about, wrapping around an unfortunate car dutifully swerving the occasional pesky rat with blinking red marbles and stunners for tails.

Skyscrapers loom, hovering to an discomforting extent, but despite their grandeur, they look small. Weighed with grim and dark smiles and empty humans. They are there, but nowhere else.

A bespectacled man with a head too large, sitting awkwardly about his wiry frame is decked out with a pinstriped suit on the bench several blocks away. She can’t identify the colors- natural colors have been sucked from the tiniest crevice and strip of cloud since the E-Revolution.

He grips a battered burnt pancake suitcase in his hand, while the other, gloved in satin black, nimbly clenches the protruding handle sealed by metal to a manifested e-glorified dump truck. The clunky monster of garbage stomps through the pitchblack cement, collecting oil.

He’s swinging on a beaded thread of his sanity, but he smiles good-naturedly all the while.

Nearly on the same eye level, he salutes her, just as the strained truck begins its first brawl, jerking about wildly, lunging forward minuscule inches about the wide street corner.

“How’s it going?” he asks impassively, as a man of taciturnity does.

She shrugs and then shakes her head. If possible, the weather was dialed even lower, and she felt a slip of frost snaking in between her bulging vessels packed like the folded petals of a daisy yet to bloom.

He smirks and opens his lockless suitcase. A jacket of warmth sails into her arms. Snapping on a stoic gaze, she watches it retreat mournfully to the floor, seconds before being ravaged by a flurry of debris. The wind was particularly cantankerous today.

“I know!” The tacky anhinga feather painted starkly neon orange that he’d shoved between the fraying threads of the choking faded drab fedora that was bobbing on his head in what he thought as a dashing angle, wobbled extravagantly.

She slips a pen from her boot that’s stitched together by various skins and pelts and furs. The pen shakes itself, then swirls through the air, slicing in between the drizzles, freed by the lightest tremble in the cloud’s shifting fabrics of dark grays and highly temperamental blues.

Straight into the floppy mane of dark brown of his hair.

He bats it away with a molded necktie splattered with a sprinkle of maple syrup.

“So, how’s today’s takeout?” She adjusts her other boot. An ant was lodged into one of the fibers.

“Oh, nothing much. Just the same old business,” he dips the tip of his pointy boot into the bubbling cement, who meows and retracts from the shiny tangy metal.

They head into the damp shop and out of the white back door, dry and pale with dust dispersing like incense. His hazel eyes dart across the chalky floor and tumbleweeds occupying the corners of the cramped cement backyard.

She hoists up a scrawny baby she had discovered the other day, crying loudly–far too loudly–swaddled in between the overlapping folds of the bags of spices and shredded slices of vegetables and cubed fruits all laid out in a row stuffed in grain bags on top of her large green dumpster, from the gurgling infant’s position on the floor.

Her friend had come over to drop off extra fruits and vegetables after doing business at the farmer’s market and followed her out to the back door to trash the scratchy nets that once had gorged itself with shiny pungent bell peppers and polka-dotted pitayas and hairy giant carrots. Rings of leeks form loopy chains that string round and round into swirly pyramids of white-green.

She turns around after feeling dark eyes blazing into her back, seconds before he flicks an old stovepipe hat across the leeks, scattering the pristine staggering mounds onto the floor, now buried in snowy chalk.

A furry tail poke out from the side of a springy lush carrot head. It twitches, then the carrot head convulses.

She blinks-…and in that juncture, an explosive wail of light tearing through the murky glass of a lamppost teetering a little way in front of the week’s worth of trash cans (a total of seven) instigates a blast of misty glowing suns.

It promptly ripples and straightens into a silky white rope, dots of suns merging throughout. A splash of sundust unfurls into her throat. Gasping for air, she chokes on a phantom of pain curling, compressing at the base of her throat, as black tears sprung beneath her eyelids.

As her vision cleared, her eyes stung as if a million bees’ stings compressed into a single needle stabbed her sclera repeatedly. A lilting humming drifted through the ribbons of wind swirling behind her.

At the center of the calm microburst, her friend grasped a stuffed bag sagging with shavings of raw cashews and bottled green lychee extract with his body angled away. He turned towards her, lazily smiling. With a lurching pop, he laconically twisted a milk bottle and tossed it away, its broken form tumbling into cracks of shoddy murky white.

Twisting his face, Atticus Linderbergh uplifted the lid of one of the dumpsters and flicked a sliver of yellow dye, prompting the chopped produce to implode into strips of waxy flax, like drifting tendrils of waxen hair when a woman flips her hair topsy turvy. Straining the creases of his windburned face, he slid himself- briefcase and bag and chaos and all- down deep below.

The dumpster lid crashed shut, its burp reverberating in a swelling wave of fiery metallic flakes.

The woman was left alone, a baby bawling by her side, shielded in a bubble of fortitude that blasted from the center of the woman’s palm, enveloping the upset human into impenetrable safety for the past few minutes.

With a swift trace of her finger, all that was upset righted themselves.

He always had a flair for the dramatics.

The toddler peers over

her mother rocks her

she reaches, chubby fingers stretched out

the dented garbage truck sleeping on its side, wheels

turning by propulsions of

Footsteps pad across the green sea

and pause at the sun glinting off of

down to a fine blunt point